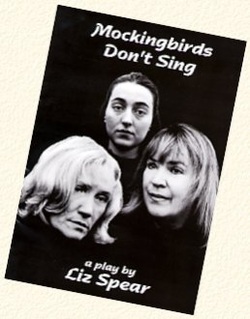 "An important piece. Difficult questions are posed and you force us to confront them... This is a beautifully written play, delicate, intricate and painful. the haunting song and moments of stillness
make it compelling."
Elizabeth Freestone  Freelance Director

"Contemporary theatre at its best..."
Tim Prescott writer, director A Up productions

Two sisters who haven't seen each other for years are reunited after the death of their Mother who was suffering from Alzheimers Disease. Drink loosens the sisters' tongues and inhibitions, they revert to childhood, relive memories and horrific family secrets are revealed.

Mockingbirds Don't Sing  was shortlisted by Stop Gap Theatre at the Yvonne Arnaud Theatre Guildford for its new writing season and reached the long list for the Verity Bargate Award in 2000 and  was subsequently performed by the New Writers' Theatre Company in May 2003.

Listed online at Doollee.com a database of playwrights and their plays. http://www.doollee.com/SpearLiz.htm
Play Review

A packed audience was held spellbound at the first night of a new play by Liz Spear, starring three brilliant local actresses: Liz Cassidy, Elizabeth Revill, and Ruth Baker.  Directed sensitively and with meticulous care by John Marks, this is a play not to be missed both for the breathtaking performances and the clever mix of humour, pathos and raw truth in the script.

Putting the parallel and highly controversial issues of child abuse, caring for a dying relative and sibling rivalry at the heart of a play is brave at any time but even more challenging in the highly-charged atmosphere of today’s Britain.  Making a compelling human drama out of these painful subjects requires great skill in the writing and Liz Spear shows that in abundance as her script moves us effortlessly through time as she explores the impact of past events on the lives of her characters, today.

Mocking Birds Don’t Sing begins with the aftermath of the funeral of Mother (Ruth Baker).  The two sisters, Sadie and Sally, reflect on the past and re-enact episodes and games from their childhood, gradually exposing the hypocrisy and web of lies at the heart of their family.  Liz Cassidy is utterly convincing as Sadie, bringing out all the nuances of her complex troubled character with honesty, passion, and a subtle and deft sense of timing.  She is well-matched by Elizabeth Revill’s bitter and increasingly vulnerable Sally in a richly layered and realistic performance of considerable skill.  Ruth Baker completes the trio with a finely-judged and very brave portrayal of Mother, exposing the character’s innate contradictions as she moves through different stages of her life, changing with consummate ease from a young wife to a confused old woman and back again, as the play reaches its emotional climax.

If you’ve not been able to see Mocking Birds Don’t Sing as yet, there’s a final chance to catch this wonderful production at North Devon College Theatre on Friday 23rd May. 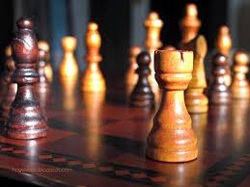 "Hysterically Funny. The repetition of days, food and activities struck a chord with
all the old marrieds in the audience."
Somerset Players review

Ginnie and Geoff have reached the comfortable state in their marriage, a      predictable  routine until the arrival, in their household, of brilliant, French beauty, Simone Blondelle, who sets the marriage in turmoil, with Geoff enjoying Simone's attentions and Ginnie misreading events. The play opens with Ginnie and Geoff involved in a game of chess. Each take turns to address the audience whilst reliving their story but always return to the chess game. Finally, the real reason for Simone's attempted seduction of Geoff is revealed and Ginnie makes up with Geoff in a totally unpredictable way.

It happens in Films 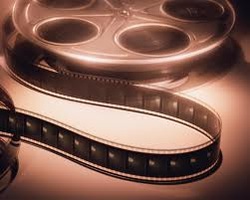 
"It twists and turns and just when you think you've got it sussed it twists again."
North Devon Journal

Synopsis: It Happens in Films - black comedy thriller - one act by Liz Spear.

The storyline twists and turns and just when the audience think they have the piece sussed, it changes yet again. Sheila is married to Gerald, years older than herself. Their house is broken into by Tom who has been paid to plant various items of evidence in the guise of a burglary but he is interrupted by Gerald, shot gun in hand and his wife Sheila. Sheila recognises Tom as a former pupil and prevents Gerald from calling the police. Instead they sit down and have a cup of tea and a chat. What follows no one would expect.

It Happens in Films May 2000 had its first reading at the Landmark Theatre, Ilfracombe by the Studio Theatre Company.


In the Chill of the Night 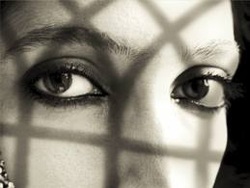 "A spooky chiller with a surprising twist"

A blind psychic senses a vicious attacker from her past has tracked her down and fears her daughter may learn the truth about her birth.

1948. An horrific attack leaves Estelle blind. her other senses heightened she becomes an acclaimed psychic. Hidden in Wales she feels safe. But, strange things happen, ghostly music, furniture moved and things going missing. Is there a conspiracy to drive her mad? When the body of a missing schoolgirl is found in the grounds Estelle is determined that her daughter, Trudy, should leave for London to follow her dreams. A companion is hired. This fuels jealousy especially over the young man Trudy so desperately loves and whom Estelle knows should never be her son-in-law. The final climax reveals all is not as it seems. 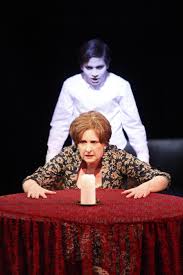 "A comedy caper with spirits, a guru and a frisky mistress."

Psychic counsellor Milly and her husband Derek have been married for fourteen years when their lives are turned upside down by the arrival of Derek's  ex-mistress, his only lapse, Susie - who is more than keen to start another affair with the reluctant Derek who is intent on saving his marriage. Comedy moves into high farce when an unwitting RAC man Malcolm, spiritual guru Albert and Milly's guide Chief Running Water become involved in the comedy capers. 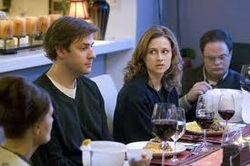 "Funniest family farce, how to abuse your friends, great one liners."

One Act  Farce by Liz Spear

Debbie is settling down to a comfortable evening in when she is interrupted by the arrival of Claire, her bossy older sister who has invited herself to stay. Claire successfully alienates all of Debbie's friends and family during the course of the weekend which is leading up to an important press conference. Claire is to reveal secrets which will change history as we know it. The appearance of a body further complicates matters and comedy fast escalates into farce before the truth is revealed.

It's in the Stars 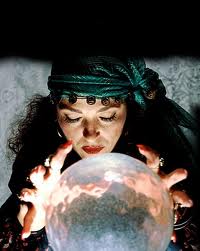 It's in the Stars first performed at The Plough Theatre Torrington.

When a psychic Astrologer, Diana, begins a birthday present reading for young Tim Naseby, who lives in a neighbouring flat,  she 'sees' more than she bargained for.

In a desperate attempt to stop the suicidal young man from taking his life, she engineers a number of 'tasks' for him to help her out and to keep him in her apartment, with hilarious consequences.

Diana blatantly reacts in an over the top manner to his quips until she practically does a 'Mrs.Robinson' on him. But when Tim discovers his personal details on her computer. He then wrongly assumes the encounters have been to prise information from him for his reading.

But all ends well and a new friendship and understanding steers Tim away from suicide to laughter. 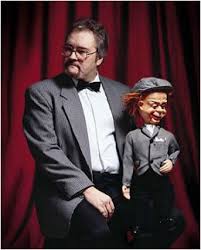 The Ventriloquist - a monologue first performed at The Plough Theatre Torrington

A ventriloquist begins his double act successfully using  pantomime jokes and funny stories to entertain his audience, which disguise a sad and lonely figure who feels his life is no longer worth living.

It is questionable whether his dummy is a mere dummy or alive. Or is the ventriloquist a split personality? The thread of insanity that rumbles underneath his words culminates in a final explosive act.

A Violet for Jill      inspired by Jill Lamede's book 'It" 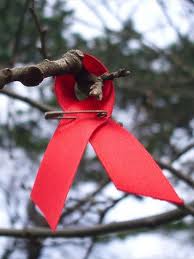 A hetro-sexual, homo phobic man cannot catch the HIV virus, or can he?

All the warning signs ignored by doctors lead one couple on a roller-coaster ride of humour tragedy and song as they try to discover what is wrong with journalist and broadcaster, Art.
When the truth is revealed Art has to confront his demons and sometimes takes an irreverent view of the illness. His wife Jill has to come to terms that the man she so desperately loves is dying. It is a love story like no other. 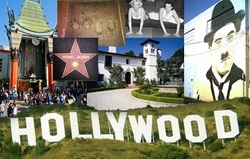 Charmers  an original musical
Set in a hostess night club in 1976. This is the story of the girls and staff who work there; their lives, loves, desires and dreams. It centres on the unlikely liaison of a cop, Barnes and the owner manager, an ex-con, Pete, who have a common goal to bring down gangster, Billy Boyle.
Featuring haunting melodies, ballads, samba & rock and roll, all beautifully written by talented musician and singer, Tony Rome.
Step into the world of Charmers where gamblers like Zelda and Scott work to feed their addiction, and a young mother, Vicky, has a dream of becoming a star.
It is a dangerous world, where some men are not what they seem, and girls go missing. Chris searches for his sister, Janna, and Barnes fights for his love with hooker, Jody, who can make any man hers but can she deal with true  love? Charmers is a roller coaster ride of thrills, spills and fun.